The infamous Toofaced – Melted Lipsticks. Let me just say that I’m absolutely shocked with these products! 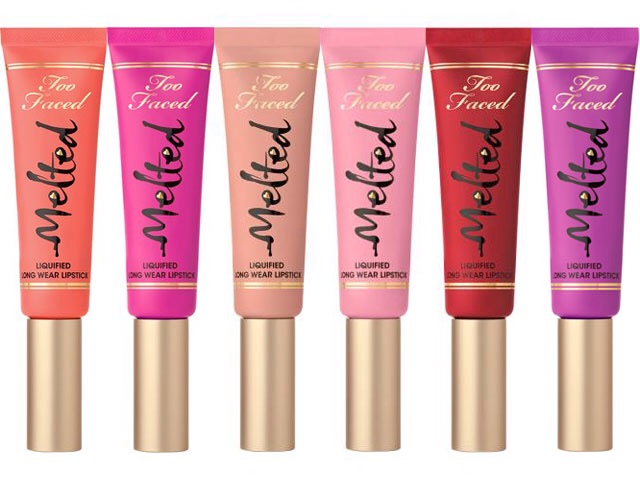 These products are absolute gorgeous! Normally “liquid lipsticks” are very drying & begin to crack & seep into your lip lines but for some reason these do not! I can’t wait to show you all the ombrè lip looks that I’ve created with these & lip liners! The packaging is very subtle although I feel like “liquid lipsticks” are better with an applicator (eg. Lime crime velvatines) but they’re still gorgeous!

Ruby & Nude are to die for!!! I did the “glass cup test” & these products passed with flying colours & the staying power is very decent. Personally I would give this product a 7/10. Only because Toofaced is a renowned makeup brand & I feel they could’ve done just a little bit better with these but I still absolutely love them! I would definitely recommend them!

Do you own any of these lip products? What is your favourite Toofaced product?

p.s- thank you all for being patient! things have not been well for me but don’t worry! I’ll bring you guys in on what’s happening with me atm on my next ‘Life’ blog. Thank you all again! 💋💋

Lately things have been a bit of a train wreck so I haven’t been very inspired to write. I promise I will have a blog post up later on today. Thank you all for being so patient with me!

Has there ever been a time when you were texting a loved one or friend & you both started reminiscing about the old days? Well I just had my first encounter.

My older brother was texting me. We started off talking about a particular song that we used to love & have on repeat 24/7. Then we started talking about the silly 2-man crews/gangs that we would make up just for fun, How we used to use Bebo.com, The dance routines we made up.

Oh, those we’re the good days. Life was so effortless back then. It actually brings tears to my eyes knowing that it will never be that way again. Falling asleep in the lounge room & waking up in your bedroom. I miss it. A lot actually.

Have you ever had an experience like this?
xoLavishhxo

Guess who has another review for you all?! So, as all you beauty enthusiast probably know by now MAC has launched a limited edition collection called The ‘Artificially Wild’ Collection 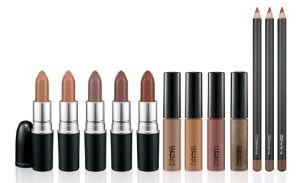 I ABSOLUTELY LOVE THIS COLLECTION!
I feel like everybody is jumping on the “neutral/heavy neutral” bandwagon & this collection should be right up every makeup enthusiasts alley! Its definitely a recommendation by me! It features my all time favourite lip liner in the colour Stripdown which is my absolute holy grail lip liner, I swear by it! I’ve put in an order for a few more of these products because I was just loving everything! Especially the eye shadows & lip products! 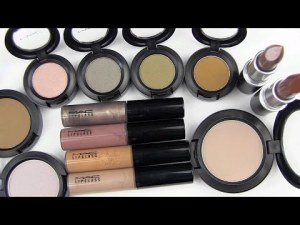 So its quite a large collection. Now, I feel like they could have done a bit better with the lipglass’ as they’re a little bit blotchy. The eye shadows are phenomenal! They swatch amazingly! I especially love ‘Stony’ eye shadow. The lipsticks are to die for! The browns & earthy tones are just fantastic! The lip liners are great (I already own Stripdown & Oak). I’m yet to try the cream colour bases & the blushes but they look lovely as well! I would have to give this collection an overall total score of 8/10. Just because I think they could’ve put a little bit more attention toward the lipglass’ & ‘Icon’ lipstick. As I said before, this collection is gorgeous nonetheless! I would definitely recommend it!

Have you purchased anything from this collection? If so, what did you think of them?
Let me know in the comments below ♥
xoLavishhxo

So I just received my MAC Cosmetics order and I purchased a few things from The Simpsons Collection!
By a ‘few’ things, I mean everything! I literally stalked the MAC website for the launch of this collection, I saved my money & went absolutely haywire!
I’m loving everything!

This collection is obviously not for the faint hearted. It is bright, colourful & bold! Right up my alley!
I personally think they could’ve done a better job with the yellow lipglass as its a tad blotchy.
But other than that this collection is gorgeous. The eye shadow quad’s & blushes are to die for!

First up we have Pink Friday: Special Edition which was released September 22, 2012. I absolutely LOVE this perfume! Its fruity, Its sexy & Its sophisticated. I personally think it could suit NEARLY every age bracket. The bottle, I feel, Is a tad obnoxious & overwhelming but it definitely captures everything that she is. Fierce, Beautiful & Crazy! To me this perfume is just a bottle of fruity & sexy delicious-ness. 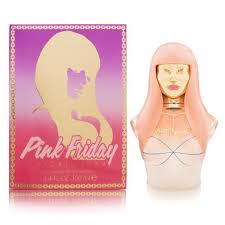 Notes for this perfume say: The scent is an intoxicating floral – musky one as it mixes playful fruity notes, pink flower petals, creamy vanilla, musk and woods. It opens with juicy notes of star fruit, Italian mandarin, and a blackberry and raspberry hybrid called boysenberry. Lotus and starry jasmine petals are in the heart, while the base consists of caramelized pear, vanilla, musk and woody notes. RRP: $29.00 AUD 100ml at Priceline Chemists in Brisbane, Australia.

Next we have Nicki Minaj: Minajesty which was released September 15, 2013. This perfume is not exactly my ‘cup of tea’ but it still smells amazing nonetheless. I personally love a fruity perfume, this perfume however is more on the musk side of things. The bottle is her, of course, but this time she has pink hair with a black and pink top on. Its gorgeous! I would give this perfume & bottle a overall score of 8 out of 10.

Notes for this perfume say: Top notes are red berries, lemon and peach; middle notes are magnolia, frangipani and orchid; base notes are tonka bean, vanila and musk.

Last but definitely not least is Onika by Nicki Minaj which was released June 11, 2014. Onika is Nicki Minaj’s third official perfume and sixth scent overall. I think this bottle is amazing! Its not as ‘loud’ as the rest of her perfume bottles. Its conservative, sexy & mysterious but still very much her kind of “style”. I, myself, have never had this perfume because I don’t think they’ve released in in Australia yet? I’m not sure, don’t quote me! I have, however, smelt a sample of what this perfume smells like! It smells so yummy! It still has that fruity-ness to it just like all her other fragrances do but its not so ‘ in your face’. To me its very mature & just beautiful!